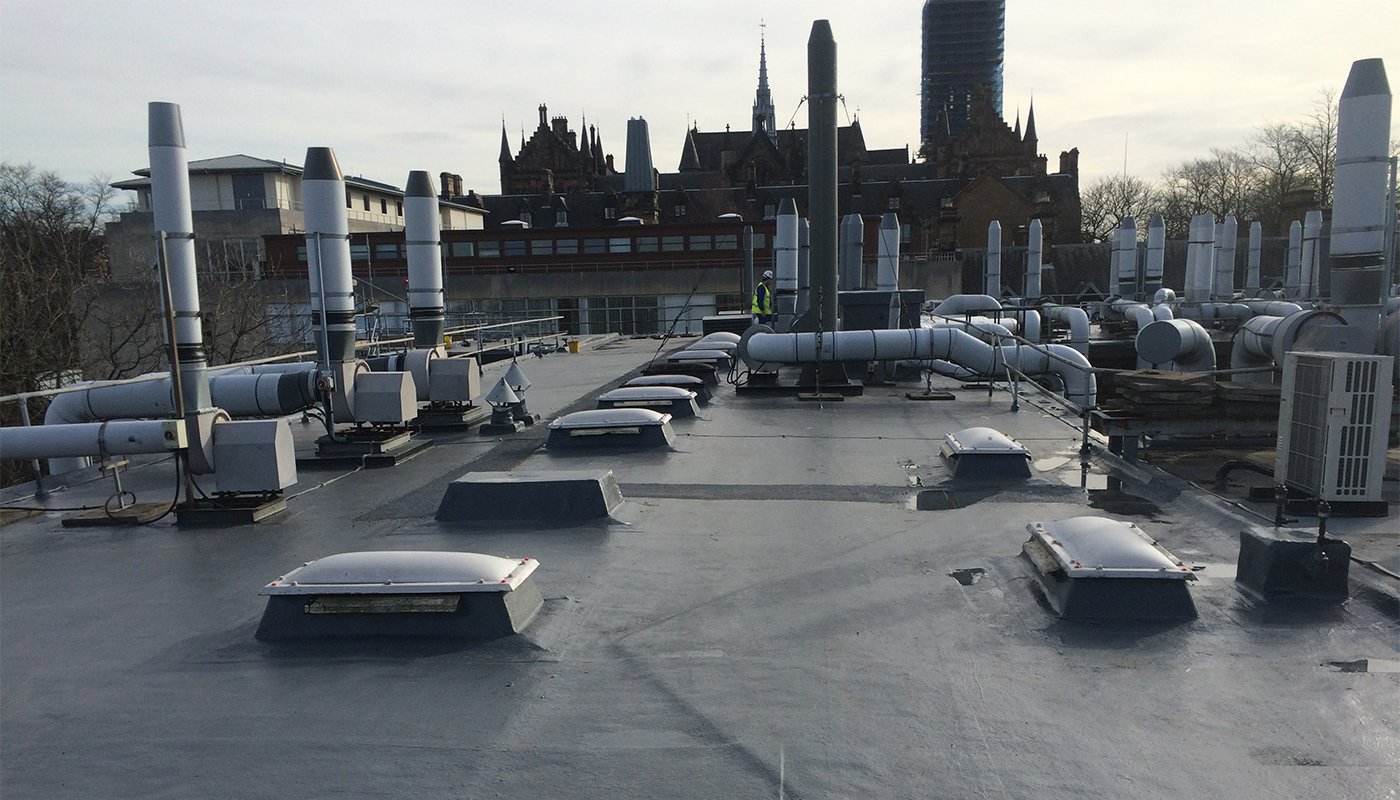 The works comprised of the application of a liquid plastic coating to the existing roof covering. The existing roof lights were overhauled with redundant roof lights being removed. In addition to this works were undertaken to remove redundant M&E plant from the roof. The works were undertaken will the building was in use with no disruption to the occupants.

Brown + Wallace originally prepared budget costs based on the client’s specification before being appointed to provide full Contract Administration Services to manage the project to completion.

Contract documents and drawings were prepared and issued to the appointed Contractor under the universities framework agreement. Once a savings exercise had been undertaken the Contractor was appointed.

Following commencement of the works on site, we chaired weekly progress meetings with the client and contractor, undertook works progress and quality inspections, issued payment certificates and negotiated the final account with the contractor.  We also liaised with onsite staff on behalf of our client throughout the project to keep them up to date with the project costs and programme.

Thereafter Brown + Wallace managed the works to a successful completion and under budget.